How Not to be Seen--While in Plain Sight

(with apologies to Monty Python)

In this report, the authors will briefly and concisely—without detour, digression or pretension—issue updated, and very personal—although with occasional treacherously shifting narrative points of view—policy guidelines on “How Not to be Seen While in Plain Sight.”

First of all, please dispense with the portable and/or inflatable potted camouflage plants stashed in your purse, pocket, or backpack—there is no need to hide behind shrubbery.
You can also forget about that bristling bale of straw from Adam’s Farm—it will likely catch fire in this drought and heat, and besides, it’s super awkward to drag around without a tractor and hay hook; and please, please cancel your reservation at the medieval Northwick Castle on Airbnb, complete with a regiment of knights of the realm, fitted with ample arms and armor—and further amenities including 24/7 access to the parapets and trebuchets, as well as a generously stocked alligator moat, although it remains a puzzle to us here at the UFPDA, how alligators could survive year-round in northern Scotland moats. But, we’ll leave that topic for another day.

Next, toss the bespoke, tailor-made, sequin-studded invisibility cloak to the sidewalk—(or donate it to the Salvation Army, because littering is shameful! and against the law! and someone could possibly  trip on it, because it’s invisible, and hurt themselves! You can see where this is going, with potential liability and litigation, and the Law Offices of Gorgon & Gorgon looming large). Anyway, an invisibility cloak is unnecessary and excessive. You do not need further sartorial assistance to be an invisible dandy or flâneur on the street. And the cost! Why max out your credit cards?—especially if Airbnb doesn’t refund your castle deposit. And they likely won’t without some widely broadcast or published intervention from a well-known consumer-protection-minded media personality.

Keep in mind that being seen is a simple problem,
with a simple solution,
and with little or no expense to you,
the UFPDA fully guarantees your total, absolute, and complete invisibility if you simply follow the following evidence-based recommendations:

First of all, seek out the company of your fellow humans, where they congregate and meet, be they friends, neighbors, relatives, doctors, or tarot card readers,
or perhaps eager fellow concert-goers, super-psyched about the musicians,
or then again, it could be just random commuters waiting for the subway at rush hour,
packed together on the underground station platform on a suffocating summer afternoon, all standing hushed and still behind the tactile yellow caution strip, when the rails begin to hum and sing the overture of arrival—the approaching train now audibly rumbling and clattering through the tunnel while exhaling its sooty, engine-fired breath ahead of it into the station, ruffling a few hairdos, while nothing else moves….
…and as sure as salt isn’t sugar,
many of these folks in these varied, and previously described, settings and circumstances, given the opportunity, will fasten their gaze on their smartphones, or tablets or computers, or whatever LTE or Wi-Fi or 4G or 5G device they have readily at hand, as the situation may be, and thus, their attention instantly seized by their digital devices, remain passively locked within that password-protected portal to the infinite cerulean-coded (hex triplet #2a52be) sky of the Internet, with its promising, oh, so promising connection, and meaning, and distraction, where you, as a fellow traveler in this terrestrial existence, possibly also including the demonstratively sentient furry mammals scurrying between the rails below you, yes,  you, with empty hands, blink your eyes to clear the film blurring your vision, then shuffle your feet, shift your weight, and become in that very moment a kind of peripheral, and possibly annoying, but mostly, unnoticed haze, like the one lurking low on today’s horizon, simply the smoke and particulates that have drifted here from distant wildfires, riding the rails of the jet stream, a haze that no one seems consciously aware of, here, in this clean digital space, where all that remains of the heat and dry fury of that fire is ultimately, in this place, a remarkable sunset, that might be noticed “entre chien et loup”should someone lift their face and vision to the sky, but then…wait…hold on…
a slash of color now captured on a smartphone camera, and posted instantly to—of course—
Instagram.
And what about that faint tingle and twinge in the nostrils, the unsettling discomfort and unease of smoke, no matter how distant the source. What about that reality?
Perhaps that’s just a smoldering cigarette, upwind from here,
who knows? It doesn’t seem to bother folks. And no, they don’t appear to notice the smell, or feel your particular untempered heat.

Various simple interventions virtually guarantee spectral transparency within the human field of vision, and also result in various uncanny and vague olfactory perceptions, which at best are perceived as no more than a transient annoyance. In addition, a significant percentage of human ears have been shown to achieve high levels of frequency discrimination, effectively filtering out in vivo conversation, while sustaining accurate perceptions of various ringtones, bleeps, and buzzes that may jangle in pockets and purses, rendering these ears, the auditory cortex, and ultimately consciousness, unaware of proximally uttered speech, if such is even daringly attempted, by an audacious projection of the voice into the void, the vacuum, the abyss of not being in touch while in touch.

In order best “not to be seen,” we recommend, pending further study, avoiding the company of cats, dogs, other large and small terrestrial and aquatic mammals, as well as your psychoanalyst—to name just a few—as they will briskly alert to your presence—unless you’ve recently fed the cat or dog, or whomever, and she’s snoozing in a warm sunbeam—and attend to every inflection and nuance of your voice, tone, manner, methods, and music, leaving you indeed, very much “Seen, Heard, and Felt.”

The views expressed in this report are exclusively those of the authors—who seem to delight in transgressive irony—and do not, by any implied or real association with the Agency, reflect the official positions or policies of the Agency.

Supported, in part, by limited funding from the Dryer Foundation—an unreliable yet welcome source of freshly laundered cash. 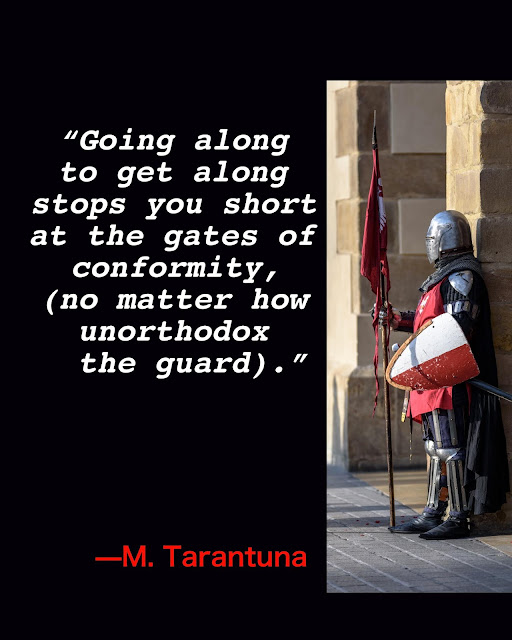